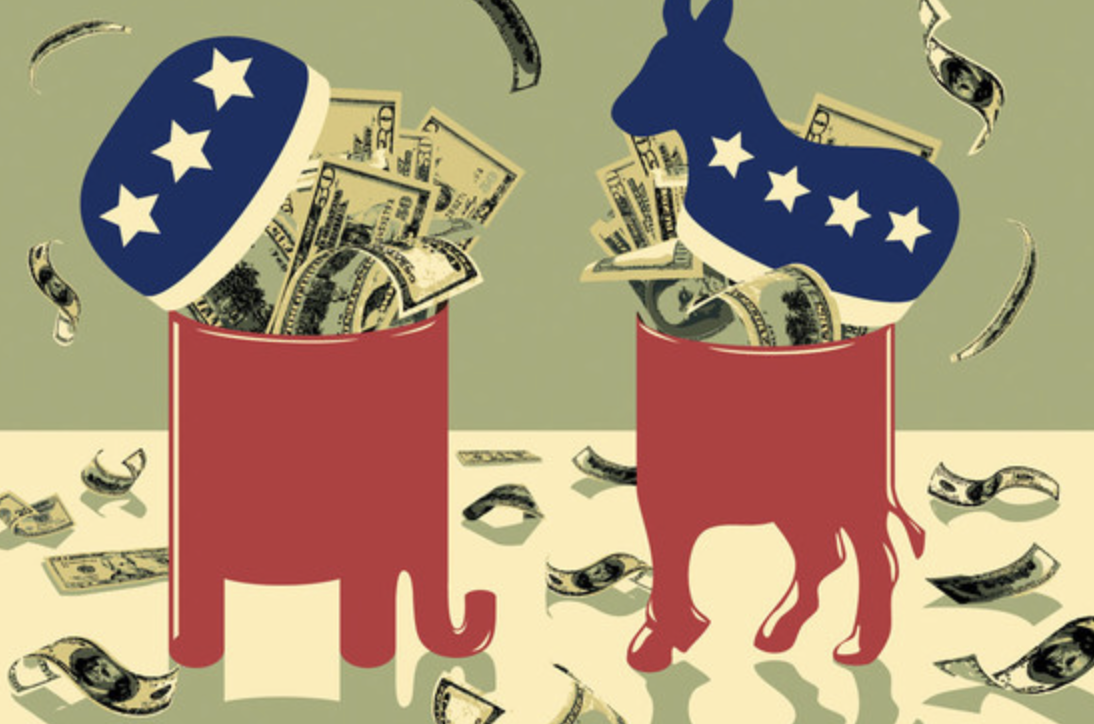 Although the IRS encourages charitable giving through tax breaks, the agency and the taxpayers it serves sometimes disagree on what constitutes a charity. To help solve this problem, the IRS maintains a list of each qualified organization that taxpayers can donate to if they want a tax deduction. You’ll notice, however, that there are no political organizations on it. This is not an accident or oversight.

Although the IRS encourages charitable giving through tax breaks, the agency and the taxpayers it serves sometimes disagree on what constitutes a charity. To help solve this problem, the IRS maintains a list of each qualified organization that taxpayers can donate to if they want a tax deduction. You’ll notice, however, that there are no political organizations on it. This is not an accident or oversight.

Come tax time, accountants and tax preparers are often asked, “Are political contributions tax deductible?” Unfortunately, people are often surprised by the answer, which is an emphatic no. Not only does the IRS omit political organizations from its list of qualifying organizations, it specifically mentions that they are not eligible for a deduction, and they do so repeatedly.

There is no wiggle room on this one. The tax law makes it very clear that contributions and donations to political organizations include donations made to:

The IRS even blocks off the volunteering avenue. Ordinarily, you can deduct mileage and other expenses incurred when giving your time to a charity. The IRS doesn’t allow thee deductions, however, if you do the volunteer work for a political entity.

Why Can’t I Deduct a Political Contribution?

The short answer here is because the tax law says so. If we dig a little deeper, though, we’ll find that part of the IRS definition of a charity requires that charitable organizations be tax-exempt. As part of their tax-exempt status, these organizations are strictly forbidden from making attempts to change or otherwise influence political campaigns, figures, and legislative outcomes. The theory here is simple: if you don’t pay taxes, you don’t get a say in what the government does with tax money.

When viewed in this light, it’s easy to understand why the IRS doesn’t count political entities as charities. Political organizations exist solely to influence political outcomes and legislation, and as such are not usually tax-exempt or considered to be charitable entities. Giving tax breaks to people who contribute to organizations with the power to change tax laws creates a sort of conflict of interest.

Can I Deduct Political Contributions on My State Income Tax Return?

At tax time, remember that state tax laws frequently differ from those of the IRS. Even though you can’t deduct political donations as charitable contributions on your federal return doesn’t mean all is lost. As of 2020, four states have provisions for dealing with political contributions. Montana offers a tax deduction. Arkansas, Ohio, and Oregon offer tax credits.

Even though you can’t deduct political donations on your taxes, keep good records of any political contributions you do make. The IRS may not be watching, but the Federal Election Commission is. This commission sets and monitors political campaign contribution limits.

You’re not required to report these donations, but the political entity that receives them is. In order to comply with their reporting requirements, they may need to know your name, your address, your employer’s name, and your occupation. Don’t be surprised if you’re asked for this information when donating. It allows the Federal Election Committee to help monitor the sources of campaign funds and keep politicians as honest as possible. A $50,000 donation coming from a neurosurgeon won’t seem suspicious, but one coming from a grocery bagger might prompt further investigation. (Although we here at Picnic Tax honor and respect both these occupations.)

The distinction between political contributions and charitable donations can get a little fuzzy, but both the IRS and a CPA can help you clear things up. As previously m mentioned, the IRS maintains a list of qualified organizations, so you can easily verify an organization’s status before you make a donation.

On the other hand, don’t let the lack of a tax break steer you away from making donations and contributions to a political organization. You may not get a tax break on these donations, but that doesn’t make it any less important to support causes you believe in, even if they are politically based or motivated. Together, perhaps you and your accountant can find a way to get the best of both worlds, splitting the money you plan to donate between a political cause and a charity that provides a tax break.

$3 to the Presidential Election Campaign Fund

Since the IRS doesn’t give favorable tax treatment to political entities, you may wonder why the top of every tax return asks you if you want to give $3 to the Presidential Election Campaign Fund. That’s a good question, so here is how that works.

If you check yes, $3 of the taxes you’re already paying are transferred to the fund. You are not charged an additional $3 and your refund is not reduced by $3. Established in the 1970s, the fund is meant to help fund presidential election campaigns so that candidates need not rely on the support of large companies and special interest groups. The goal is to limit the influence large donors can sometimes exercise over candidates.

In order to receive money from the fund, candidates must have a large amount of nationwide support. They must also agree they won’t take any private contributions and won’t spend more than $50,000 of their own money campaigning. They don’t have to take any money from the fund, but there are strict rules they must follow if they do.

Get Every Charitable Donation Tax Advantage

They say it’s better to give than to receive, but at Picnic Tax, we try to help our clients give and receive whenever we can. If you’re feeling charitable, you can count on us to be feeling helpful. Contact us today and let us help you make the most of your giving.