How the Inflation Reduction Act Will Effect Your Taxes 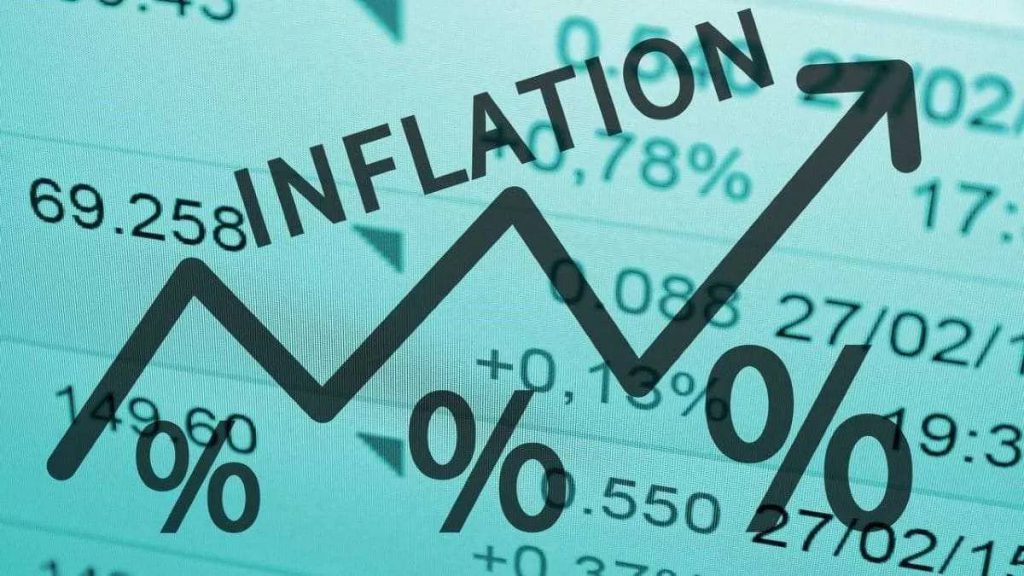 New tax laws can bring about major changes for most Americans, with different tax credits, rates and exemptions making an impact on your overall bottom line. The tax changes introduced by the Inflation Reduction Act, which passed the Senate in August 2022, represent one such example. Of course, the act has been promoted mostly as a way of reducing inflation, which has become a major concern for many Americans, particularly as the price of essentials like gas and food continues to rise. However, the additional tax credits, corporate tax changes and additional funding for IRS tax enforcement can also have an impact.

New tax laws can bring about major changes for most Americans, with different tax credits, rates and exemptions making an impact on your overall bottom line. The tax changes introduced by the Inflation Reduction Act, which passed the Senate in August 2022, represent one such example. Of course, the act has been promoted mostly as a way of reducing inflation, which has become a major concern for many Americans, particularly as the price of essentials like gas and food continues to rise. However, the additional tax credits, corporate tax changes and additional funding for IRS tax enforcement can also have an impact.

What is the Inflation Reduction Act?

The Inflation Reduction Act is a large-scale piece of budget legislation promulgated by the administration of President Joe Biden. The successor to the originally proposed Build Back Better bill, the legislation, which passed both the House and the Senate after extended negotiations, aims to tackle a wide range of economic issues, including prescription drug costs, access to healthcare, climate change and its effects on the economy, IRS enforcement and, finally, inflation.

The bill was signed into law in August 2022, which means that its provisions will begin to affect people in the coming weeks and months, although some tax effects may mostly become visible when 2022 taxes are filed. The legislation was subject to lengthy negotiations in the Senate over months before finally being adopted in a 51-50 party-line vote.

The bill focuses on tax credits and savings related to green energy, and healthcare while increasing corporate taxes to a minimum of 15% for companies with over $1 billion in reported income and implementing a 1% excise tax on corporate stock buybacks. This part of the legislation aims to address public anger at the news that some of the country’s largest corporations pay little in taxes, and it is not intended to affect small businesses. Proponents of the legislation say that it should decrease or limit taxes on people and families making $400,000 a year or less. Increased IRS enforcement is scheduled to be funded by the increase in corporate tax revenues.

For most Americans, the tax credit provisions in the legislation are most likely to have an impact on their daily lives. Here are some of the most important aspects of the Act.

What are the rebates and tax credits and who gets them?

Healthcare and the Affordable Care Act

The bill extends access to the expanded Affordable Care Act program until 2025, extending an initiative that was adopted during the pandemic. Individuals and families eligible for the credit who purchase their insurance through the federally managed health insurance marketplace can continue to pay lower premiums for healthcare. The ACA premium tax credit program allows more individuals and families to claim the associated refundable tax credit. It was set to expire, but due to the adoption of the inflation tax legislation, will be continued through 2025.

The subsidies adopted in 2021 sparked a spike in marketplace signups as well as a 19% decrease in premiums between 2021 and 2022, so lawmakers hope to continue both of those trends by expanding the credits available.

The new tax law also contains multiple provisions intended to bolster efforts to expand clean energy. In particular, credits toward homeowners’ taxes and electric vehicles are a major part of the legislation.

The clean energy provisions of the bill are estimated to involve around $370 billion over 10 years, both creating new incentives and expanding existing credits and provisions. For example, the Production Tax Credit and Investment Tax Credit are extended to the start of 2025 for new green energy initiatives. For geothermal energy projects, the provisions will be extended until 2035 and zero-emissions electricity projects will be extended until 2033. A greater list of eligible equipment has also been promulgated.

In addition, the Carbon Capture Credit has been extended until 2033, while the Advance Energy Project Credit will be expanded to clean energy manufacturing facilities.

Production credits on taxes for clean hydrogen will begin in 2023 and sunset in 2032, and further credits, mostly aimed at businesses, are aimed at promoting the production of sustainable jet fuel as well as expanding the domestic industry in green energy products and associated critical materials, as well as lower-emission fuels and zero-emission nuclear power. Other provisions also primarily target the energy industry, including improving tax rates when companies meet requirements for apprenticeships and prevailing wages. Energy tax credits will be transferrable, with a three-year carryback period, while these credits will also be available through direct pay options.

For homeowners, the Nonbusiness Energy Property Credit has been transformed from a $500 lifetime credit to a $1,200 annual credit. Tax rebates for installing products in the home that increase energy efficiency will reach up to $14,000. Some of the specific items are enumerated below, and taxpayers may claim as many credits as are available to them. In some cases, tax rebates may be available at the time of a home sale, while developers will also receive credits for building more energy-efficient properties.

Some of the items that people can receive credits for include:

A credit for installing solar panels in your home — the Residential Energy Efficient Property Credit — was set to expire, but the legislation has given it new life. Homeowners were eligible for a 26% tax credit for solar power systems installed between 2020 and 2022, which was scheduled to decline to 22% in 2023 and sunset after this. However, with the adoption of the IRA, the credit will rise to 30% again through 2032, when it will go down once again to 26%. A rooftop solar power installation costs approximately $15,000-$25,000, so these credits could cut up to $7,500 from taxable income.

Community solar projects serving low-income families and apartment projects can receive tax credits, while small businesses may receive deductions for energy efficiency expenditures of up to $1 per square foot. There are general, whole-house credits for improved energy efficiency as well, targeted at low- to moderate-income homeowners. Retrofitting existing homes to reduce energy usage by 35% can receive up to $8,000 in rebates or 80% of the project cost, whichever is less, while projects that reduce energy expenditure by 20 to 34% can receive a general rebate of up to $4,000.

The bill includes credits for consumers that purchase EVs, but there are some specific restrictions associated with the electric vehicle credit. The credit is available for individuals making up to $150,000 each year and married couples making up to $300,000. The credit can range up to $7,500 for new EVs and $4,000 for used vehicles. The credits can be used for any vehicle classified as “clean,” including hydrogen fuel cell cars, and were extended until December 2032.

Beginning in 2024, buyers can take the tax credit as a discount on their purchase rather than as a credit when filing their taxes. This step would allow dealers to claim the credit on their taxes for the year after passing on the discount to the customer.

There are additional limitations beyond the maximum MSRP, however. The batteries for the EV must be sourced from North America and certain trading partners of the U.S. overseas. As a result, only around one-third of the electric vehicles on the market are eligible for the credit, although industry experts expect that number to grow over time.

What does increased IRS funding mean for potential audits?

The provisions of the legislation are expected to flow $80 billion in additional funds over the coming decade into the IRS, and $45 billion is slated to be aimed at increased tax enforcement. Essentially, we can expect that the IRS will ramp up audit efforts. The rest of the funds are intended to improve operational functioning, boost outdated technology and hire more staff.

This has been a major part of the political debate around the bill, with opponents arguing that the legislation will increase audits of middle-income households, while its proponents affirm that it intends to target large corporations and wealthy Americans for greater scrutiny. The IRS has been criticized in the past for maintaining or increasing audit rates for lower-income taxpayers while the rate declined for wealthy taxpayers. The Treasury Department says that people making under $400,000 should not expect to see a greater likelihood of reports and that many of the new staff will not be auditors but perform other functions, like computer programming and customer service.

However, this increased enforcement budget certainly should serve as a reminder to follow careful tax preparation guidelines, both to claim all of the credits you are eligible for and to reduce the likelihood of an audit.

Prepare for your tax changes

The Inflation Protection Act offers a range of useful credits, especially if you are planning some clean energy conversions or are buying healthcare on the marketplace. However, the increased IRS enforcement budget also means that it is important to be careful when claiming these credits and filing your taxes. To best protect yourself as you file your taxes and to help ensure you receive all the rebates you are entitled to, work with a qualified CPA when you file your taxes next year.