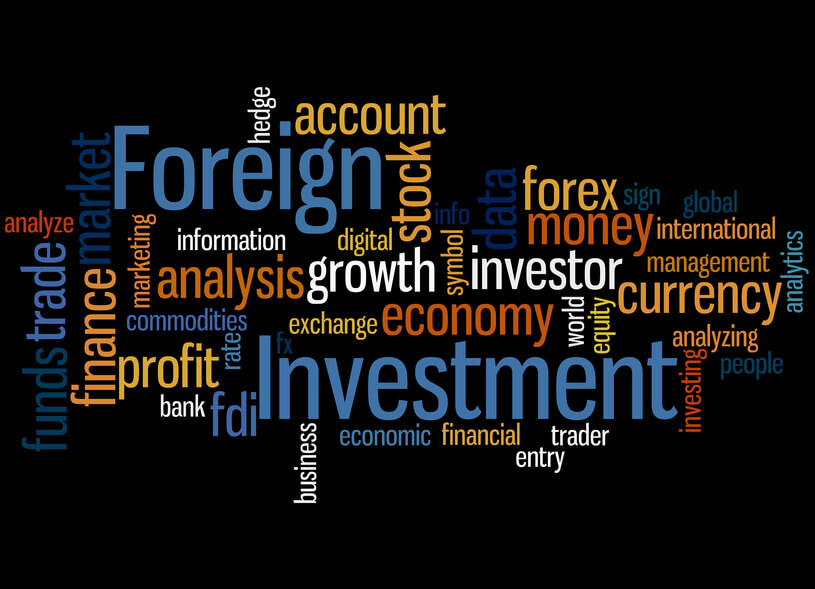 Hopefully, your investment portfolio is performing well and looking at it brings you joy. Unfortunately, certain investments can prove excruciatingly frustrating, even when they’re performing well. Investments in a passive foreign investment company are subject to complicated IRS rules, and this complication is very much intentional. So is the exorbitant tax rate on these investments, which can exceed 50% in some cases. This is probably not an area of the tax law you’ll want to navigate yourself, but it’s still good to understand the basics.

Hopefully, your investment portfolio is performing well and looking at it brings you joy. Unfortunately, certain investments can prove excruciatingly frustrating, even when they’re performing well. Investments in a passive foreign investment company are subject to complicated IRS rules, and this complication is very much intentional. So is the exorbitant tax rate on these investments, which can exceed 50% in some cases. This is probably not an area of the tax law you’ll want to navigate yourself, but it’s still good to understand the basics.

Commonly referred to as a PFIC, the only thing easy about this particular investment vehicle is the definition, which is fairly straightforward. To qualify, a foreign corporation must meet at least one of two criteria. It need not meet both.

The first is that at least 75% of the company’s gross income must be passive income. Passive income is any that comes from something that isn’t related to standard business operation. Selling items resale, for example, is active income, whereas collecting monthly income from a rental property is passive income. Most investments are passive, quietly generating income behind the scenes even when you’re not actively paying attention to or working with them.

The second criterion is an asset test. If at least 50% of the company’s assets are held as investments, it’s considered a passive foreign investment company. It doesn’t matter what these assets are (mutual funds, savings accounts or stocks) or what type of income they generate (interest, dividends or capital gains). It only matters that 50% of their income comes from these passive sources.

Given these definitions, it’s possible that an investment may fall under these rules one year but not the next. As a company’s assets and income change over time, it’s possible for them to jump in and out of this investment designation. Being aware of this is important as it can greatly reduce your tax liability one year and then increase it in the next. If you’re looking into a foreign investment company, for example, that’s not yet over but is close to the income threshold applied to PFICs, you may want to steer clear.

Now that we know what PFICs are, we’ll look at why they are. In the 1980s, investing in foreign mutual funds and other foreign investments was all the rage. But the practice created a few problems for Uncle Sam. The first was simply that the government didn’t have a reliable way to track or track down foreign investments. Many taxpayers took advantage of this and may have “forgotten” to report foreign investments on their income tax.

Another problem was that every dollar that went to foreign investments didn’t go to American ones. Mutual funds established in the U.S. included a mandatory payout schedule that generated additional tax income. Even honest investors could defer these payments and the related tax on foreign investments, which increased the risk of the U.S. coffers coming up short.

To solve these problems and funnel money back into the U.S., Congress enacted The Tax Reform Act of 1986. This law imposed complex record-keeping procedures for PFICs to make them less convenient and thereby less attractive. It further altered the tax rates, as we’ll discuss now.

How the IRS Taxes PFICs

The complicated reporting and record-keeping requirements imposed by the new law would clearly chase some taxpayers away from PFICS, but the intrepid were likely to keep marching on. As such the law went further than inconveniencing taxpayers and started charging them, as well.

Just in case all of this wasn’t enough to send you running from these foreign investments, Congress had one more trick up their sleeve. In certain circumstances, you can elect to defer the gains you receive from PFICs. If you do, however, you’ll find yourself living under the Sword of Damocles.

When you opt to defer your gains, the IRS assesses you with a non-deductible interest penalty. This interest compounds daily for the entire deferral period. Right about now, even the most hardened investors usually find themselves weak in the knees. This daily interest quickly adds up to an exorbitant amount. A say goodbye to your kids’ college funds amount. As a result, PFICs remain legal but highly unattractive.

Under the passive foreign investment company rules, there are a few strategies you can employ to reduce the taxes you pay on PFICs. Like everything else about the process, however, they are complicated and often difficult to follow. One such strategy is the qualified electing fund (QEF).

Under the QEF election, taxpayers can pay tax on income generated by PFICS under the same rules and tax rates as domestic investments. Part of the income is taxed at the personal income tax rate and part at the capital gains rate. This election allows you to safely defer unrealized gains without penalty while offering a slightly less daunting income tax rate.

Another common strategy is the Mark-to-Market Accounting Method. Under this rule, investments are valued at their current fair market price. Gain from FPICs gets taxed at the marginal tax rate based on your income level, as well. Through a complicated process that looks a lot like wizardry, this option lets you pay your marginal income tax rate on both realized and unrealized gains, again eliminating the daily interest on deferrals. It also allows for loss claims, which can help offset taxes.

Both of these strategies accelerate your tax liability but may save you interest charges and potentially higher tax rates. Understand that when using the QEF, Mark-to-Market or other investment strategies, you can generally only reduce your tax rate to reflect your current tax bracket. Depending on your bracket, your savings may prove minimal and not worth the effort.

Remember, too, that taxes can work like dominoes: knocking one over can impact them all. The tax strategies you can use to minimize the tax on PFICS all affect other aspects of your bigger tax picture. Depending on your situation, they may hurt more than they help.

If you invest in PFICs, you’re going to see a lot of Form 8621. Filed each year, Form 8621 is an information return filed with your taxes. On this form, you will report various information about the PFICs you hold as well as any income or losses generated by these investments.

This form is also where you’ll announce your choice to take the QEF or Mark-to-Market elections. Other elections are also available on Form 8621, including deemed dividend and deemed sale elections. Remember that you must file this form every year and mark your elections each time, as well, or you will lose them.

Be warned that this is not a simple form. The form itself is four pages long, and you’ll find the instruction peppered with phrases like “CFC overlap rule” and “the portions allocated to the days in the current tax year and the shareholder’s tax years in its holding period before the foreign corporation qualified.” Here’s another gem: “The excess, if any, of the amount of mark-to-market gain included in the gross income of the PFIC shareholder for prior tax years over the amount allowed such PFIC[s] shareholder as a deduction for a loss with respect to such stock for prior tax years.”

Clearly, the tax treatment of passive foreign investment companies is not for the faint of heart, and neither are the instructions meant to clarify the situation for befuddled taxpayers. This is an extremely complicated piece of tax code, and it’s no accident that the rules are cumbersome and hard to follow. Happily, you don’t need to go at this one alone. The professionals at Picnic Tax have your back, and we’re happy to demystify the magical aura of fog surrounding PFICs. Your foreign investment isn’t foreign to us, so sign up today.